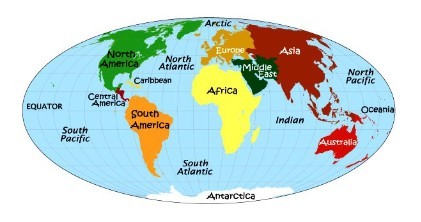 Sixth Grade Social Studies is a study of the patterns and interactions of countries in the Western Hemisphere. Students will determine information about people, places, and environment through the use and construction of geography tools. From an understanding of the physical and human characteristics of places, students will study the effects of the interaction between human and physical systems. With an emphasis on resource distribution and use, they will determine how economic, political, cultural, and social processes interact to shape patterns of human populations, interdependence, cooperation, and conflict. This course builds a secondary-level foundation of global awareness, economic literacy, and civic literacy in order to address complex global issues. The 21st century skills of critical thinking, problem solving, communication, collaboration, and cross-cultural understanding will be emphasized throughout the course.